My car was broken into about a month ago while I was in Yoga. The perpetrator stole my computer. MY COMPUTER!!!!!!!  As far as I was concerned at the time they stole my entire business. After I washed off the feeling of being violated and went out the same day to buy a new computer, I was just so disappointed with all the work that needed to be done to recoup the lost information, syllabi, photos. Do I back up you ask..........I do now.  I, of course, back up my quickbooks but I hadn't backed up in about 6 months. 6 MONTHS!!!!
The timing of the robbery was also pretty bad. My accountant was already knocking at my door for the tax information. I spent every night for almost a month updating my books, after putting my children to bed, going through bank accounts, going through all the credit card charges, trying to find all the check written. It has been so much more confusing and difficult than I expected. 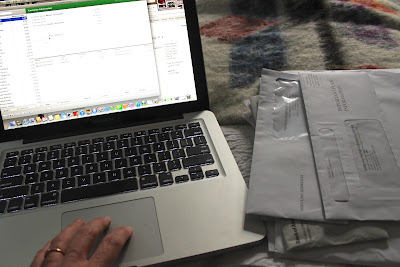 As I was trying to figure out why the bank account isn't matching up with what the books, I thought "I am getting myself a bookkeeper". I called a friend of mine who is a bookkeeper and found out that I can't quite afford one yet. I taught myself how to work Quickbooks and I am sure that there is a more efficient way to do it with a little tweaking. In talking to other business owners in my neighborhood I realized that knowing my books is a part of knowing what's happening in my business. I know how it's growing and how fast. I know how much is coming in and how much is going out.

Instead of getting a book keeper I decided to ask my accountant if I can get a little tutoring which he was happy to offer, especially because it makes his job easier when my books are more efficient.
Posted by Samara Caughey at 11:22:00 PM 2 comments:

In our "Animals in Art" class we have been looking at the appreciation of animals in Egyptian art. Did you know that they were one of the first civilizations to domesticate cats? It was honorable for each household to have a cat. Rodents spread diseases rampantly. Cats killed the rodents therefore cats saved lives in ancient Egypt and they were honored by being mummified and buried with their kings and queens. Lucky them. They are odd beautiful objects with the patterned cotton fabric and painted face masks. 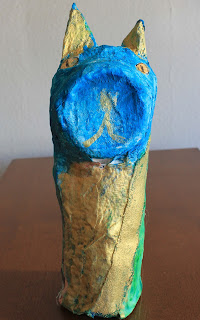 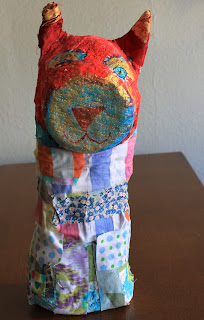 We decided to make our own mummified cats.

I thought plaster strips would be a great material to use. It's easier to use than paper mache and hardens better and faster. The kids can see and feel the transformation from a wet, soft material to a dry, hard one. But we needed to start with an inner structure. 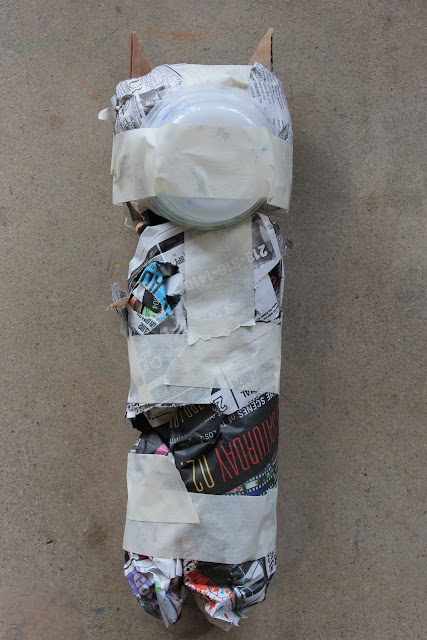 We balled up newspaper, rolled that up in another piece of newspaper, taped it together. We rolled up another ball of newspaper  and taped that to one end of the newspaper roll as the head, We used a shallow plastic container as the nose and taped it to the head. Oh and we needed ears so we cut out cardboard triangles and taped those to the top of the head.

We covered that structure with the plaster cloth and let dry. They were quite beautiful just white. 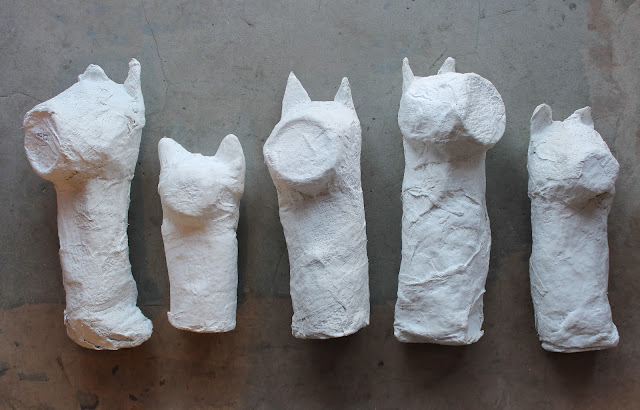 After the structure was made they really did look like mummies, but they needed some panache. We covered just the body portion with strips of fabric using watered down glue. They choose from all kinds of patterned fabric. We painted the head and let them dry. 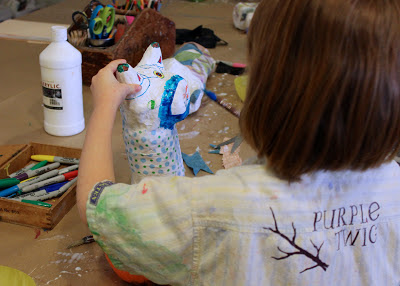 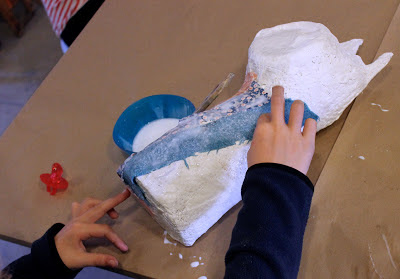 After we outlined the eyes and nose and sometimes ears we needed a final touch to really make them special so we added some gold paint to make them shine. The kids tend to take something like gold paint and just go nuts, covering the entire sculpture a\or painting so I talked about the paint as being special and to really think about where they would like to add that specialness. Some wanted golden ears or a golden nose and some really wanted the body to be gold. Now that I think about it an entirely golden cat mummy would pretty great as well. 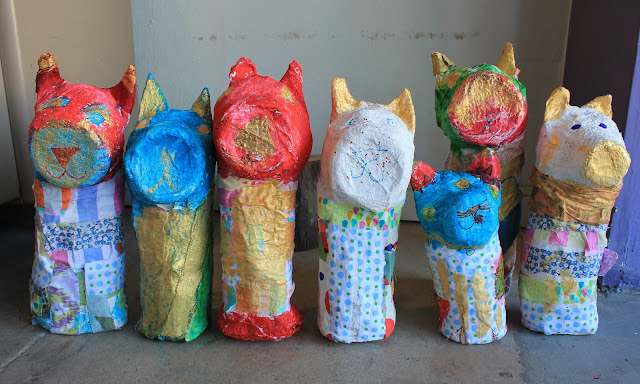 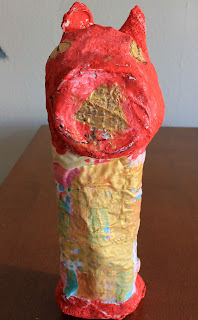 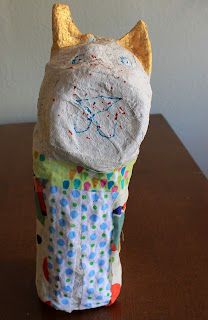 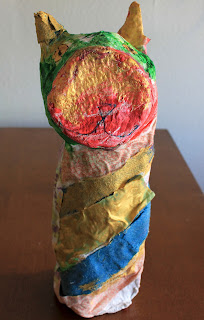 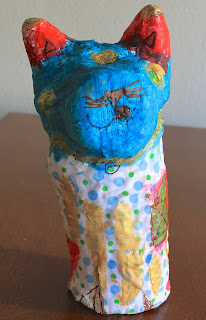 The kids were super proud and gave a big roar for their mummies. 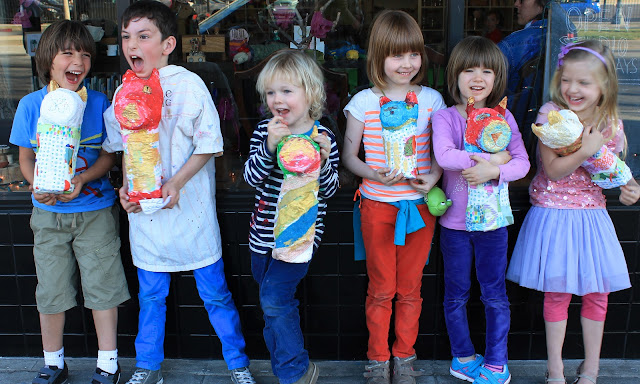